Sally is a leading Australian Naturopath, health educator, writer, speaker and “thought leader“. That is, she tends to ride a few years ahead of the wave. You can check with her family and friends about this. It’s not a marketing ploy! Here’s a reverse chronological list of some of the ideas that she’s engaged with through her professional life:

Sally consults privately as a naturopath in Clifton Hill / North Fitzroy Melbourne with Recharge Health Clinic, and provides online consultations for people all over the world. She is also a clinical lecturer at Laureate University, Southern School of Natural Therapies. She runs an annual retreat to support people to connect with their natural healing.

Sally is a widely published health writer in the popular press and in a number of textbooks and industry journals. She authored the “DIY Detox” column for Wellbeing Australia magazine from 2008 – 2016, imbuing concepts of inter-connection and ways of living that are regenerative. She is also a speaker and regularly inspires workplaces and audiences through experiential health presentations.

Sally is a member of the board of directors of The Naturopaths and Herbalists Association of Australia (NHAA). Established 100 years, NHAA lobbies for naturopaths and herbalist to be registered and recognised as health care professionals in Australia. She has initiated a NHAA environmental subcommittee.

Sally Mathrick is a health educator and communicator.

Sally is passionate about empowering people to make the right choices about their health, and the health of their environments. As an experienced, university trained naturopath, Sally is able to translate complex health concepts for the general public.

Sally provides experiential health education in workplaces. Her workplace wellness presentations and programs are wholistic, draw upon effective evidenced natural therapies and provide participants with an experience to enhance adoption of good health habits. See the range of wellness workshops. 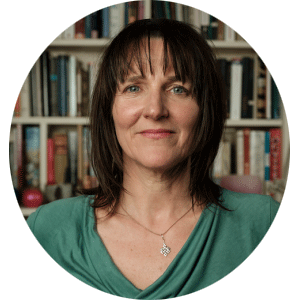 A world of empowered people progressing together towards authentic, wholistic wellness.

Human potential – promoting health for realisation of individual brilliance, and recognising the unique and important role each being can play in creating a well world

Interconnectedness – the recognition of belonging and involvement, and how one healed person positively influences the whole. To collaborate with people and organisations that aim for flourishing and creation of a healthy world

Of the 17 SDGs 2030 Sound Medicine business aligns most with: