No ‘flu fear. Funghi is here.

There is fear about influenza. You can read about it in the papers, and hear about it on the news. Fears about virus strains becoming more virulent, and fears that there are few effective medicines to resolve it. Yes, influenza is a serious disease, however being fearful doesn’t help our immunity at all. In fact, quite the contrary!!

Keeping your body and mind vital during winter helps optimise your immune function and innate capacity to defend yourselves from viruses and other winter lurgies. Good food choices to provide all the nutrients your immune system needs is a crucial starting point. Many other lifestyle medicine elements contribute to robust resilience, including stress management, good exercise and loving connections. Here’s a blog of three easy approaches to enhance immunity. The healthier your entire system is, the better capacity you will have if you catch the ‘flu.

Want to hold an immune-boosting workshop for your team?

There are proven medicines that can support you if you do succumb to the ‘flu. A qualified herbalist or naturopath trained to prescribing these, can tailor your individual prescription selecting medicines to help you overcome the virus and reduce some of the nasty symptoms. There’s an apothecary of natural medicines helpful and effective when correctly prescribed (contrary to recent corporate controlled mainstream media reports).

‘Medicinal mushrooms’ are one such medicine.

Some species of the funghi kingdom are particularly helpful during influenza. Mushrooms stimulate immunity. Many mushroom species have been used in traditional medicines, thus have centuries of empirical evidence. Some species have been shown to boost activity of Natural Killer Cells, the actual, super hero name for the immune cells that defend our tissues from viruses and cancers.

Mushrooms need antiviral compounds to survive in their natural habitat, and so create antiviral compounds to protect themselves. Funghi are continually evolving compounds so they can defend themselves from different emerging pathogens. We know the influenza virus evolves into different strains. It’s possible that the living intelligence of funghi might well the immune booster we need to continue to overcome these.

So, the next time you see some organic Shiitakes in the supermarket, take some home and cook up a hearty mushroom soup.

In the past few decades, science is identifying compounds in some funghi, their effects on physiological systems, and their efficacy against influenza.

The polyphore funghi, Cryptoporus volvatus, proved in invitro and in vivo studies as an agent against influenza viruses in 2014.

Agarikon is a key funghi species with antiviral actions, not so much in its fruiting body, as in its mycelial culture, the network that runs through forest floors. This great 2012 article by mushroom expert Paul Stamets explores its medicinal potentials, highlighting the need for old growth forest preservation in order for us to discover its powerful medicine.

Many medicinal mushroom species live in rainforests and wild nature, and must do in order to continue to evolve new compounds in response to new pathogenic threats. The funghi kingdom is an ally of the animal and plant kingdoms. It would be wise for us to protect wild mushrooms remaining old growth forest habitats from destruction and support the rejuvenation of wildlands so that funghi can to continue to evolve and thrive. Selfishly, to produce medicine for ourselves, but also to prevent more species from becoming extinct. 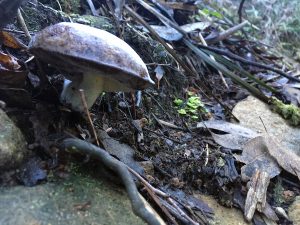 There’s growing scientific suggestion and some established evidence of natural medicines effective against many diseases that currently cause large scale suffering and death. Plus, there are centuries of traditional medicine empirical evidence. The high tier, scientific evidence, however does not exist. I’d suggest this is partly because it takes millions of dollars to run large, blinded, randomised controlled trials. And with no commercial reward, (given you still can’t patent nature) there’s little incentive or funding for anyone to run them.

If we used natural medicines, in an educated way, in mainstream healthcare, by default we’d also influencing regenerative ecosystems because;

This is what I’d call an #Omniwins. An OMNIWINS is a multifactorial winning situation. Let’s get more of these!

These systemic impacts could promote our healthy immunity further, reduce levels of fear and perhaps also build our immunity to corporate propaganda and poor journalistic practices, so that we are more informed, and more confident to make our own decisions to benefit our health and the health of our planet.

About the Author: Sally Mathrick